Everyone has to shut up except you.

Take over at Adyar and start putting some

Not bad against silent opposition 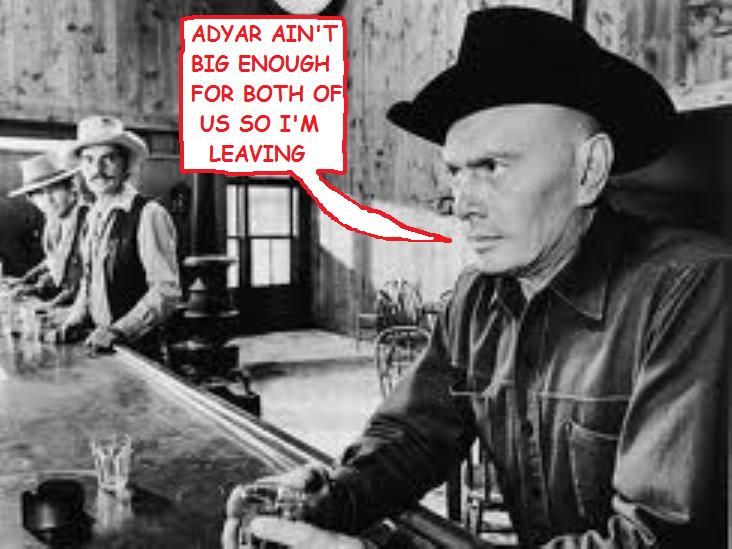 Will the Theosophical Society soon be

The Vice-President’s On the Watch Tower Notes

Also published in the Theosophist

The General Council and the presidential candidates maintain silence while the International Vice President establishes control over Adyar and publishes his manifesto for the future of the Theosophical Society on the Adyar website, and in an official Theosophical Society journal, the Theosophist. Allowing this situation to arise shows that the General Council are not in control of matters, and that deference to the established Adyar insiders is as alive and well as it was during Radha Burnier’s reign.

The presidential candidates are incapable of speaking for themselves but they must be rather cross that a non-candidate has been allowed to promote his agenda in an official publication, while they have sit around like blocks of cement. The non-candidate has also been allowed to take over at Adyar and run the place without let or hindrance, and the candidates must now be worried that they won’t even get a look-in, if elected. It should also be noted that although the General Council are under a self imposed silence rule, Mr Singhal is publicly presenting policy proposals even though he is one the General Council. Perhaps it was his idea to shut everybody up, but as there’s a silence rule, we’ll never know.

The feeble General Cringers and the two Prospective Presidential Invisibles have been scared into silence over the current election. But just look at how International Vice-President Mr M P Singhal is playing this. OK, so he didn’t get enough nominations to be a candidate and therefore the BALLAST can’t vote for him, but he’s certainly building his own empire. In likely anticipation of getting the top job, he stepped into Radha’s shoes on her death and strengthened that position by appointing his wife as chairperson on an Adyar committee. If you read his latest presentation in the Theosophist, you will certainly agree that it comes from somebody who has aspirations to be International President.

Who can blame him for trying this. The General Council has proved itself institutionally useless and the two presidential candidates have gone from virtually unknown to non-existent. The majority of members are asking why they don’t see Mr Boyd’s or Mr Maithreya’s proposals in an official Theosophical Journal. The two presidential candidates must now realise that they have been mugs to fall for this silence con. 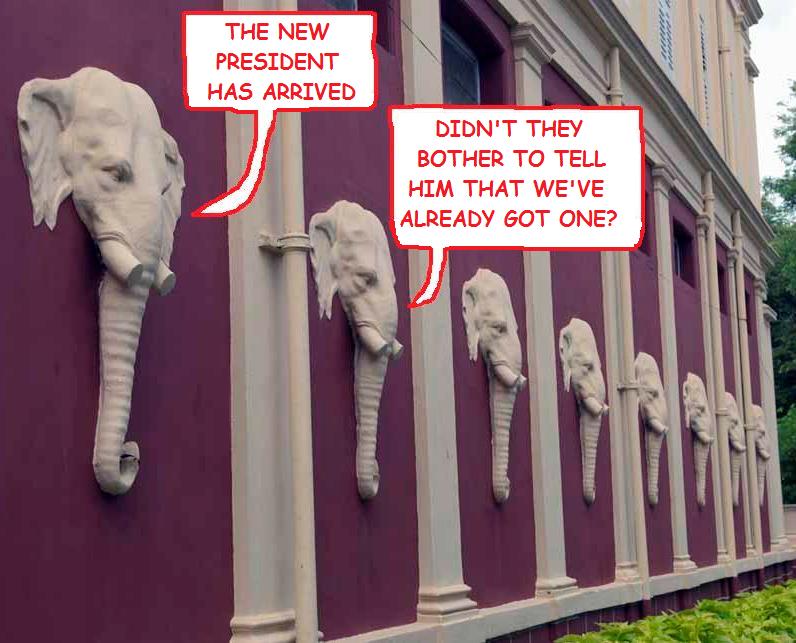 Mr Singhal isn’t running for president but the General Council are standing by and giving him the opportunity to build his power base and promote his policies. He is already in control at Adyar, and in a position to make it very difficult for the new president to take over at Adyar. There may effectively be two rival presidents and one will have control of Adyar and the other won’t. The General Council hasn’t addressed this situation up to now, and everyone can be sure that they will do nothing after the election, leaving the newly elected president to sort it out himself.

Has the General Council bothered to monitor the decisions and appointments currently being made at Adyar? It allowed Radha Burnier to do anything she wanted and it still just stands there doing nothing, and keeping quiet about it. Are we heading for a real president and elected president at Adyar, or will the elected president decide to move elsewhere? Failure of the elected president to establish control over Adyar will lead to the break-up of the Society, as soon as the situation becomes known.