It’s a bit blatant to appoint a committee with your

wife as chairperson only a week after Radha Burnier’s

death, but that’s Adyar for you. 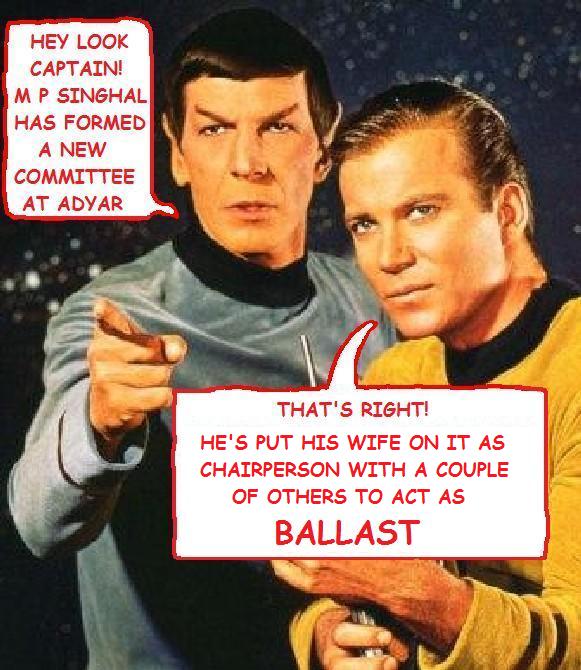 It’s Adyar on November 7th 2013, Radha Burnier has been dead for a week and International Vice-President M P BALLAST Singhal is straight out of the starting blocks and ready to step into her shoes. Like Radha Burnier, he is appointing a family member to a position of power, and perhaps this was the first stage in building a presidential power base. Acting like you’ve already got the job might have looked like a good strategy for getting the Theosophical Society to actually make you President. Nominations went elsewhere but M P Singhal has certainly strengthened his position at Adyar.

Anyway, constituting and appointing an Animal Welfare Committee with one’s wife as chairperson (not just a member) is straight out of the Radha Burnier school of management. Was this approved by the General Council or did they not even bother to query it? Was the General Council even informed? The document below suggests not. 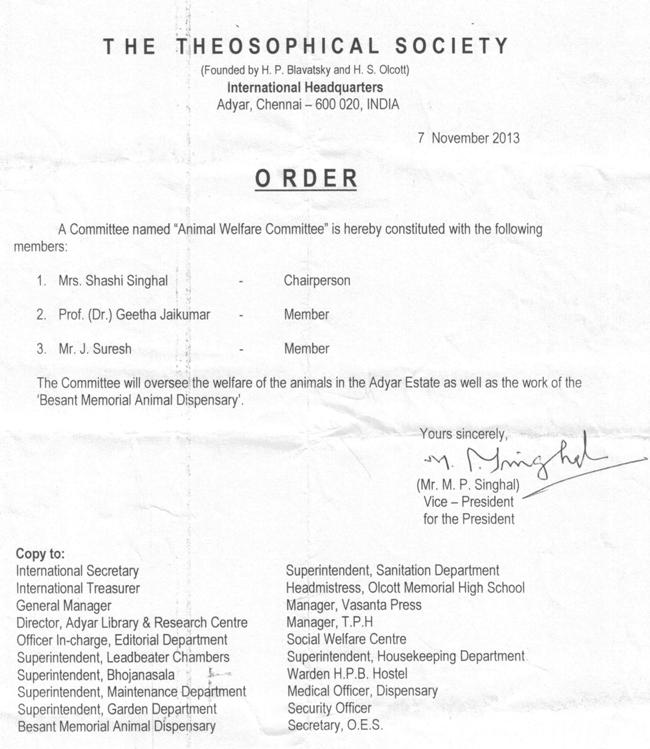 Nepotism was one of the hallmarks of Radha Burnier’s reign and it looks like it is destined to continue with the silent consent of General Council. The General Council is used to hearing what decisions the real governors of the Society are taking, rather than actually doing any governing itself.