when someone got bullied at a General Council meeting.

Below is a document outlining a resolution by the Australian National Council affirming support for General Secretary and General Council representative, Dara Tatray after she was subjected to public humiliation, in an attempt to disenfranchise her, by Radha Burnier at the 2011 General Council meeting.

Radha Burnier’s action also insults the Australian members who elected Dara Tatray, and to disenfranchise a General Council representative technically puts that National Section outside the Society. It can only be concluded that Dara Tatray’s ideas clashed with Radha Burnier’s, so “off with her head.”

This letter provides a valuable insight into the workings of the Royal Court of Radha Burnier and shows that Radha Burnier’s disgraceful behaviour was a problem to the Society that the General Council should have addressed. Did other General Council members just stand there trembling and watch this abuse take place? 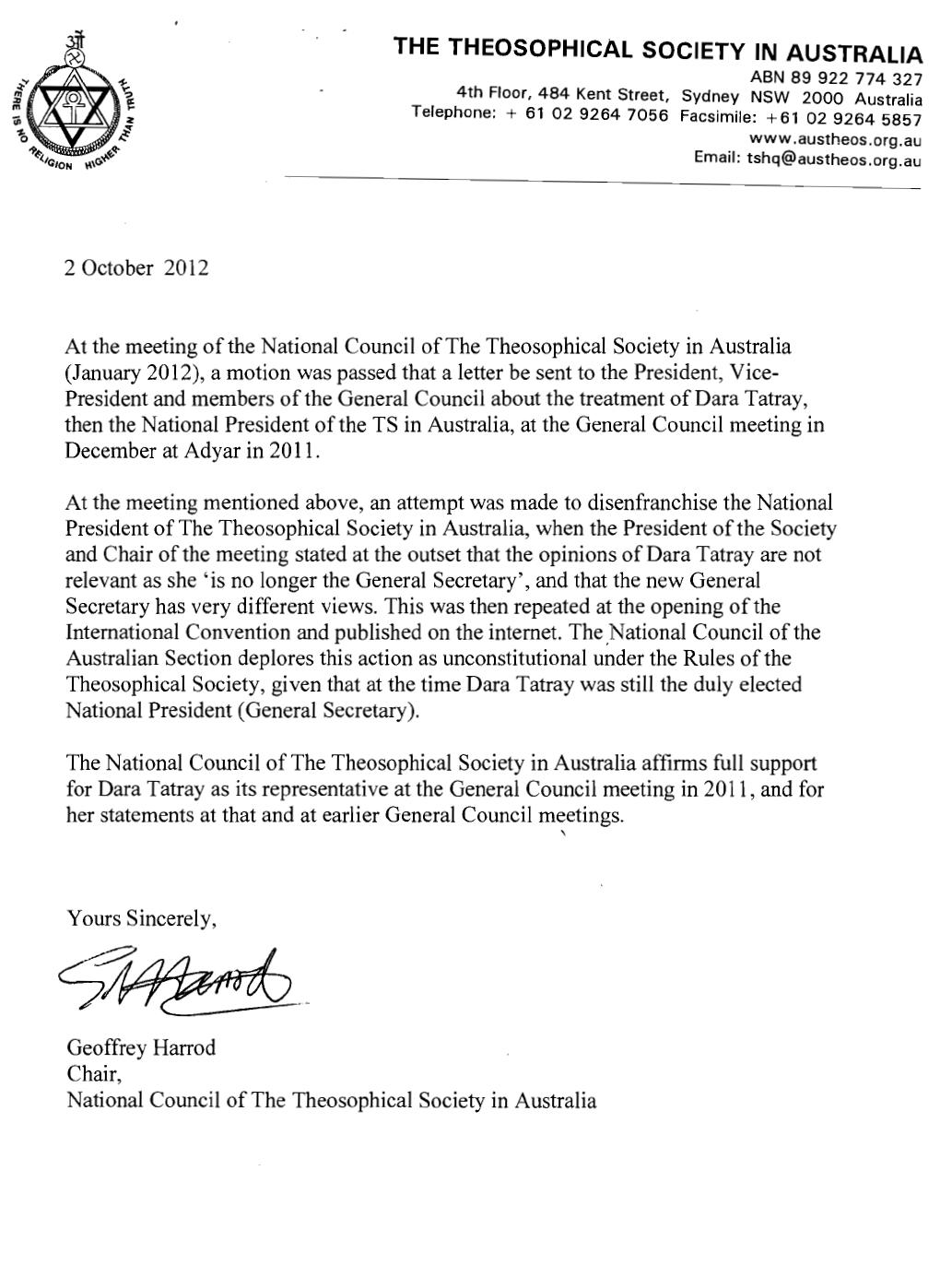