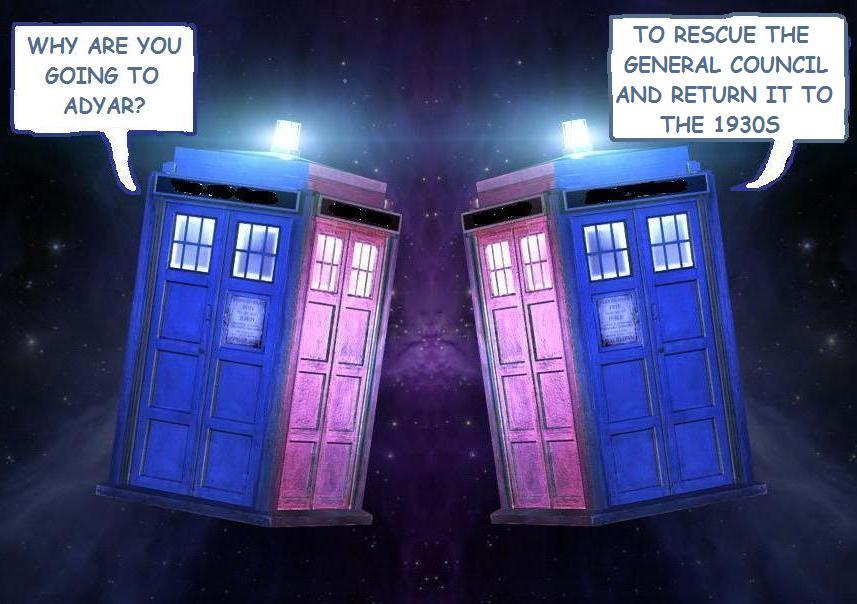 Responding to the challenge of the modern era by closing itself

off to protect its own interests, the General Council is behaving

as if the rest of the Adyar Theosophical Society doesn’t exist.

Thus ensuring that very soon, the rest of the Society won’t exist.

Words like change, innovation, progress and reform are not in the vocabulary of the Adyar Theosophical Society General Council. In fact, it finds these words threatening. It was easy for the General Council during Radha Burnier’s tenure as she blocked progress, and all it had to do was to sit in deference and work on its submissiveness, comfortable in its 1930s subculture. Now that its protector has gone, it has found stepping out into the modern world was a bit too much, and rather than take the reins and move the Theosophical Society forward, it has imploded and no longer functions as a governing body.

The Theosophical Society now finds itself in the position of hoping to move forward while being led by a General Council that has tenaciously detained it in the 1930s. Those who have opposed change for so long cannot be expected to introduce change now, and we are seeing that the General Council clearly can only maintain any cohesion within itself by closing itself off to both the Society and the problems it now faces. The Society can expect no vision of the future from the Theosophical ruling elite other than a determination to cling to the past to preserve its power and status. Moves to strengthen and preserve the ruling elite’s power is the only change that the Society can expect, and this change has already begun with the separation of the General Council from its accountability to the membership.

An organisation of members cannot continue as a democratic and unified body if the governing body cannot be called to account by its members. As it stands, the Adyar Theosophical Society no longer functions as an organisation of members, and now resembles a cult directed by a closed elite group. The General Council must now be removed or neutralised if the Society is to continue as a democratic unified body. 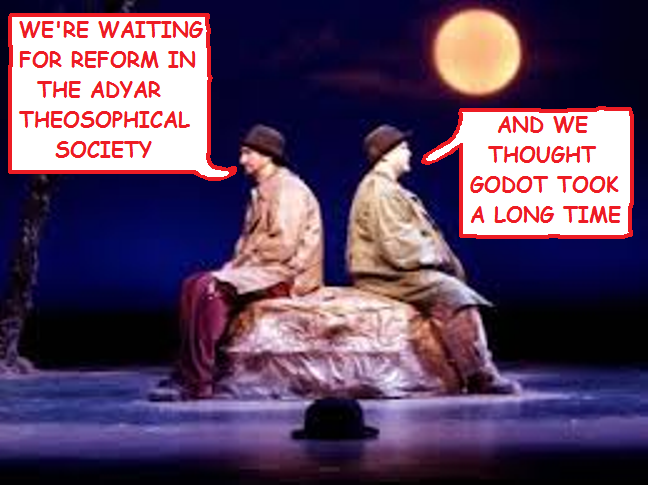 The problems that confront the Society and their causes are most probably the primary reason for the initiation of the silence policy after the death of Radha Burnier. Has something gone wrong that is damaging to the Society and has been caused by the failure of  General Council to defend the Society’s interests, while protecting its own? It is certain that hiding behind Radha Burnier, and the tenacity shown by the General Council in keeping the Society in the past, must have prevented it from dealing effectively with problems. To a governing body most problems are no longer problems if it doesn’t have to answer to the membership, and the current policy of silence and secrecy is therefore permanent. Further action to put the General Council beyond the control of members, to protect its own interest, must logically follow. There cannot realistically be any reversal of this policy with the same people still in charge.